A tramways pioneer, business opportunist and workaholic, in 1910 Sir George White founded the British and Colonial Aeroplane Company and with the assistance of family members launched a decade of explosive development, turning an omnibus depot into what was to become the world’s largest single aircraft and aero-engine manufacturing site at the time.

Born in Kingsdown, Bristol, the son of a painter/decorator and a lady's maid, George White left school at the age of 14 to work in the office of a Bristol commercial solicitors Stanley & Wasbrough where he was promoted rapidly through the ranks, placed in charge of the bankruptcy side of the business by the age of 16.

Following the passing of the Tramways Act of 1870 the firm became involved in tramway projects and White immersed in the complexities of company formation was instructed at age 18 to put together a consortium of local businessman to establish a horse tramway in Bristol, White's abilities leading him to be appointed company secretary of the Bristol Tramways Company and also of Bath and Gloucester Tramways.

In 1875 at the age of 21 White left Stanley & Wasbrough to form his own stockbroking firm and over the next ten years he amassed a personal fortune, acquiring controlling interests in a series of failing tramway and railway companies which he subsequently turned to profit and thereby built up a nationwide tramway empire in the process, selling of his personal shareholdings in some of these companies when he deemed it financially opportune. Many of these acquisitions were funded through the Western Wagon and Property Company of which White was appointed company secretary and by 1902 Chairman with a considerable salary of £3,900 per annum.

White constantly applied the latest developments in technology to his companies, pioneering Britain's first electric tramways in Bristol (1898) and London (1901), introducing motorised buses to the streets of Bristol in 1904 and later motorised taxis which he had imported in France through his agent in Paris Emile Stern. It was whilst undertaking business with Stern in 1908 that Sir George White became aware of the new excitement of aviation.

In May 1908 Wilbur Wright travelled to France where his demonstrations of the flight control of the Wright A at the Hunaudières racecourse, near Le Mans, and later at Auvours and Pau, revolutionised the development of European aviation. In February 1909 Sir George White travelled to France and witnessed the Wrights flying at Pau and later that year attended the 'La Grande Semaine d'Aviation de la Champagne' international aviation meeting held at Bétheny, five miles north of Reims, held 22-29 August 1909 which was the first major air show.

Seemingly overnight an extensive aircraft industry arose with a host of aircraft manufacturers, suppliers, specialist journals and the beginning of specialist trade exhibitions, the world's first major aeronautical exhibition - The Exposition Internationale de Locomotion Aérienne - opened at the Grand Palais on September 25 1909 with over 230 exhibitors.

Convinced of the future of aviation on 16 February 1910 Sir George White announced to shareholders of the Bristol Tramways and Carriage Company (of which he was Chairman) his intention to form an aircraft manufacturing company, establishing a few days later British & Colonial Aeroplane Company Limited with a capital of £25,000 divided between himself, his brother Samuel and his son George Stanley White, with his nephew being appointed company secretary. By February 1913 the capital of the company had increased to £250,000 funded substantially once more through the Western Wagon and Property Company.

The UK's first Aero and Motor Boat Exhibition had been held at London's Olympia in March 1909 and at Olympia's second Aero & Motor Boat Exhibition held 11-19 March 1910 the exhibitors included British & Colonial Aeroplane Co Ltd, A.V. Roe, Short Bros and Handley Page Ltd - pioneering aircraft companies that were to dominate the British aircraft industry for the next 50 years. Initially exhibiting and constructing under licence a French aircraft design based on the Voisin knownas the Zodiac from which the Bristol Boxkite was to evolve, the company's manufacturing based was located at Filton at the northern terminus of Bristol's bus and tramway system in two iron sheds leased from the Bristol Tramways Company.

Sir George White also appreciated the immediate need to train airmen in the new science of flying and within three months of founding the main manufacturing company established the company's first flying school at Brooklands, with a second soon to follow at Larkhill, Sailsbury Plain. By the outbreak of WW1 almost half of the British pilots available for war service had been trained at Bristol flying schools and many more on Bristol-built machines.

The demands of war led to a major expansion of the aircraft industry in Britain. Sir George White died in 1916, however, his foresight was to lead to the company's post-war survival when many aircraft companies folded in the face of the new Excess Profits Tax levied on a company's wartime activities at a time when many manufacturing contracts were simply terminated when the war was over. 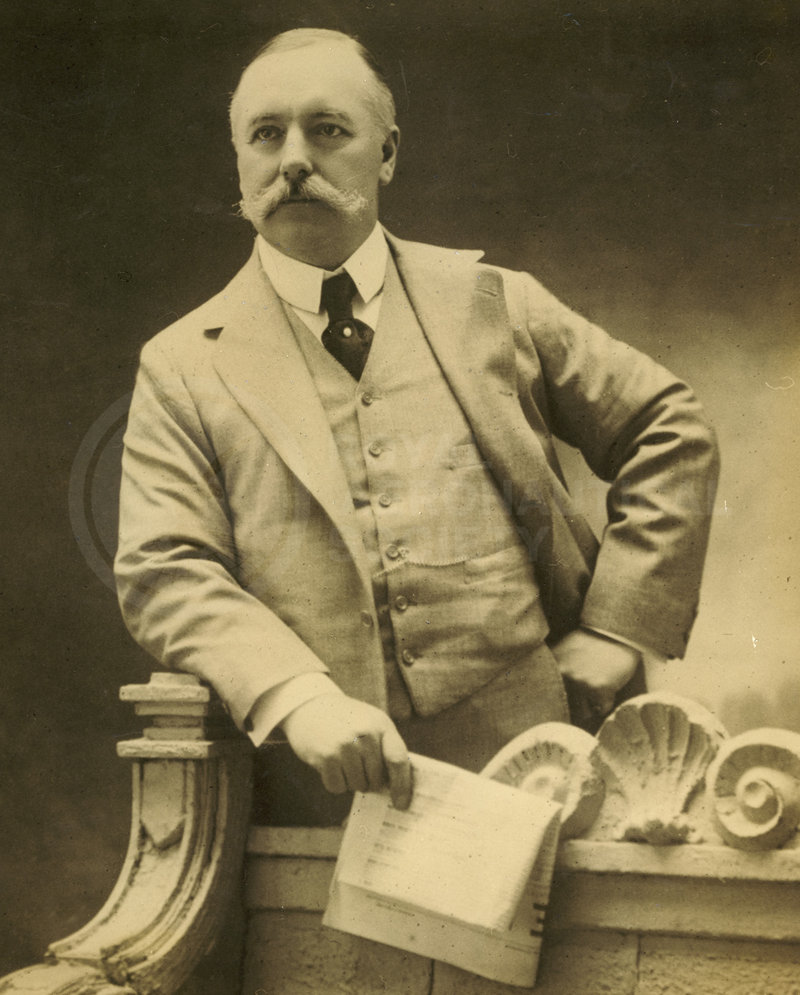