Horace Short was one of the key figures in the early British aviation industry.  After a 'Boy's Own' early life, he was the first person to make detailed technical sketches and plans of the Wright Flyer.  With his two brothers, he went on to design and build some of the first British aircraft, including some of the keyaircraft used by the Royal Navy during the First World War.

Horace Leonard Short was born on 2 July 1872.  The Short family were engineers, with Short's father and uncles all apprenticed as engineers to Robert Stevenson & Co in Newcastle-upon-Tyne. With this pedigree it is not surprising that Horace, together with his brothers Eustace and Oswald, established what has become the United Kingdom's first aircraft manufacturers.

Horace Short was a genius.  C.G. Grey said "it was almost impossible to produce a subject about which Horace Short did not know as much as the leading authority on the subject". This intellect has been attributed to a head injury while still a child which led to meningitis and abnormal brain development. Though he gained an enormous intellect, it was at the price of an enlarged forehead and perhaps leading to the brain hemorrhage which killed him at the age of 44.

In 1890 he went to visit his uncle in Australia and see more of the world. His adventures included trekking from the River Plate to the Amazon, meeting the author Robert Louis Stevenson and being captured by cannibals who worshiped him as a god and taught him to fish pearls. Horace settled as a silver-mine manager in Mexico only returning to Britain in 1896 after the death of his father.

Horace's brothers asked him to join them in their fledgling ballooning company but Horace, wary of balloons, accepted an offer firstly from Col Gouraud and later from the Hon Charles Parsons. He changed his mind after Eustace and Oswald heard first-hand reports of the Wright brother's flights in 1908, Oswald exclaimed “this is the finish of ballooning; we must begin building aeroplanes at once, and we can't do it without Horace.”

In November a new partnership was registered with each of the brothers taking equal shares. Horace quickly started to design a glider for Sir Charles Rolls, based on a photograph of the Wright Flyer, and an original biplane for Frank McClean.

To remedy this Horace, accompanied by Eustace, went to the south of France by motor car, and there he made detailed sketches of the Wright Flier from which the first official working drawings were made. These detailed sketches are now in the care of the Royal Aeronautical Society and digital copies have been made available via this website.

Short Brothers went from strength to strength. By August 1909 they had a factory on the Isle of Sheppey, Kent, with eighty people on the payroll. Though McClean's 'Short no. 1' was not a great success, J.T.C. Moore-Brabazon placed an order for what would become 'Short no. 2'.

On 30 October 1909 Moore-Brabazon flew that machine to win the Daily Mail prize for the first flight in England of one mile by an all-British combination of pilot, aircraft and engine.

In 1912 a Shorts Pusher became the first aeroplane to take off from a moving ship and the Shorts Tractor biplanes was the first naval aircraft to have a practical folding-wing mechanism and to launch a standard naval torpedo. During the First World War many naval aeroplanes were built to Short Brothers' designs.

After Horace's death in 1917, Shorts went onto design an important range of seaplanes and flying boats that played a key role in the development of international civil aviation. 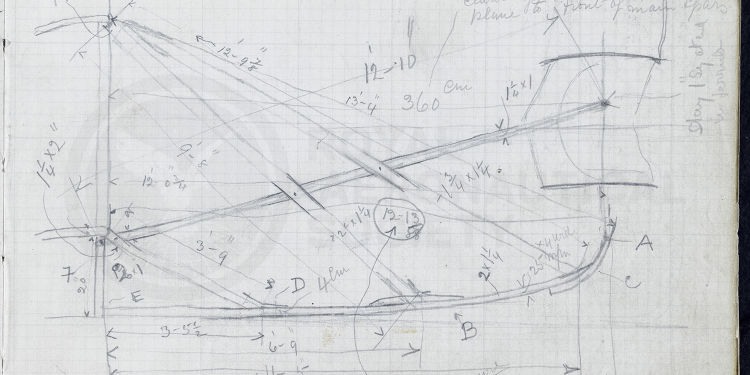 In this notebook, Horace Short made detailed sketches of the Wright Flyer from which the first official working drawings were made. The flying demonstrations… 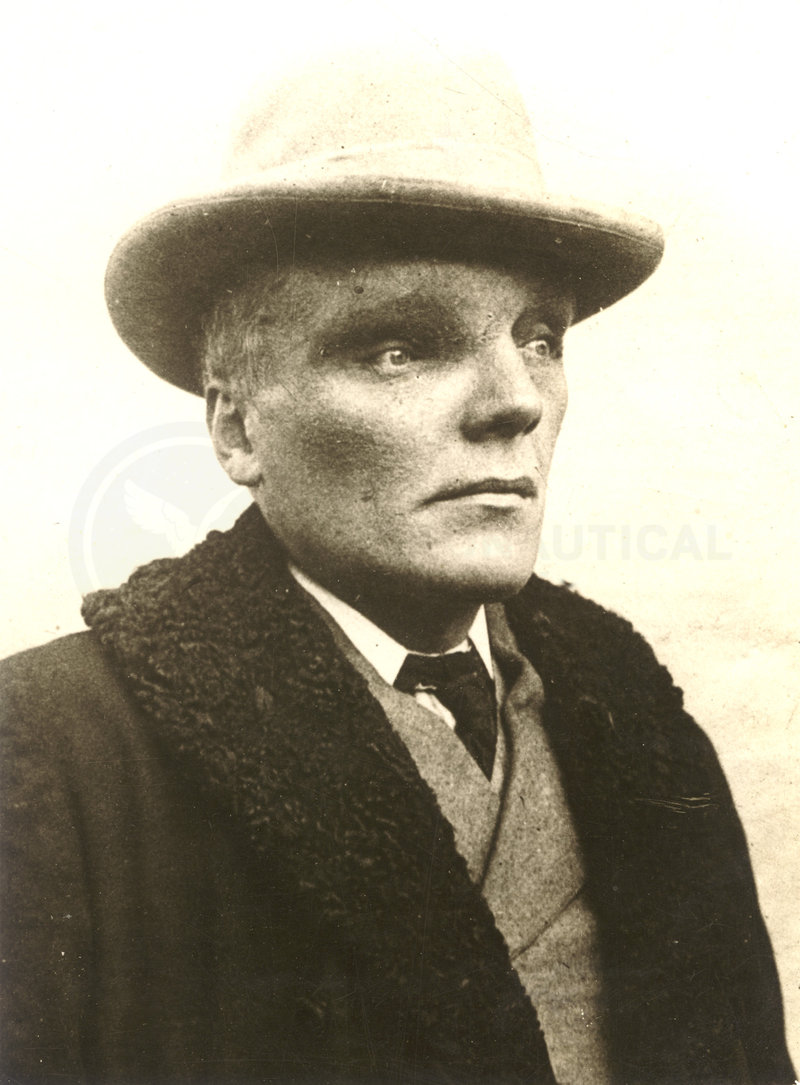