Born in Nottingham in 1812, the son of William Henson a lacemaker, in 1830 Henson moved moved to Chard in Somerset with his father, where he was initially employed as a machinist in the local lacemaking industry. He soon set up in business on his own behalf as WS Henson, Lace Manufacturer.

From 1840 Henson began experiments with gliding models, corresponding with John Stringfellow (1799-1883) about his engine designs, and on 29 September 1842 submitted his patent application for a flying machine. This was formally published in April 1843 as Description, specification, and drawings, of Mr. Henson's locomotive apparatus for the conveyance of passengers, etc. through the air. ('Aerial' Steam Carriage) [Seven coloured drawings] and Locomotive apparatus for the air, land, and water (Henson's specification, No. 9478. 1842) effectively describing in detail an early form of steam-powered airliner.

The patent was widely reported on and repeatedly republished across Europe and around the world throughout the 19th century, showing various artistic impressions of the aircraft in flight (over London, Paris, Egypt and India) which captured the imagination of many as to the possibilities of a heavier-than-air flying machine.

Based around Henson's design, a prospectus for the formation of an Aerial Transit Company was issued inviting investors in the project and on 29 December 1843, Henson and Stringfellow signed a joint agreement “to construct a model of an Aerial Machine to be employed in such a manner as the parties above-named shall consider best and possible.”

Over the following years both men devoted considerable time to constructing models and engines, paying particular attention to improving the power-to-weight ratio of their small steam engines. However by 1847, financial difficulties (Henson had attempted to involve Cayley financially in the project) brought an end to Henson's direct involvement in aeronautical research.

Curiously Henson did appear as a fictional character in an early aeronautical spoof. On 13 April 1844 the New York Sun announced: 'Astounding News! The Atlantic Crossed in Three Days!! - Signal Triumph of Mr. Monck Mason's FLYING MACHINE !!!!' leading to a rush of newspaper sales. Henson, Cayley, Robert Hollond and Charles Green were also referred to in a journalistic spoof (later known as 'The Balloon Hoax') compiled by Edgar Allan Poe in which he appropriated large sections of Thomas Monck Mason's Account of the Late Aeronautical Expedition from London to Weilburg; Accomplished by Robert Hollond, Esq., Monck Mason, Esq., and Charles Green, Aeronaut [London: F.C. Westley. 1836] describing the 7 November 1836 flight in the Royal Vauxhall (later known as the Nassau) balloon achieved by Green, Hollond and Monck Mason - the flight of some 480 miles lasting 18 hours being the longest that Man had accomplished up to that time.

On 31 March 1848, the recently married Henson and his wife set sail from London to New York. There they joined Henson's father who had settled in Newark, New Jersey, becoming an American citizen in 1853, his family of seven children being supported by his diverse recorded careers of engraver, mechanical draughtsman, artists and civil engineer. His father was eventually to return to England, but Henson remained in the USA for the remainder of his life other than a period from 1864-1866 when he lived in Lima, Peru, working on an engineering project.

Throughout his life Henson followed his interests in science and engineering issuing numerous patents, his last recorded published work being a pamphlet entitled The Great Facts of Modern Astronomy in which he speculated on the origins of the solar system.

After Henson went to America, Stringfellow (1799-1883) independently continued Henson's aeronautical research, and in 1848 produced the first steam-driven model monoplane to fly, a 10ft span machine weighing some ten pounds and fitted with a more powerful engine driving two four-bladed propellers which was launched down a sloping wire. In order to avoid the effects of weather, Stringfellow hired a large empty room in a disused local lace mill where, after several abortive attempts, he finally managed to launch the aircraft which climbed gently away until caught by a sheet erected for the purpose. Following this, a demonstration flight of some 40ft was achieved in August 1848 under a canopy specially erected for the purpose in Cremorne Gardens, London.

In 1837 Cayley had attempted to form an Aeronautical Society, but without success, though the 1850s witnessed a revival of interest in aeronautics from a number of scientists, engineers and professionals. The first designs for powered flying machines to be published in France were those of Michel Loup (1853) and Félix du Temple de la Croix (1857), and in 1863 the Société d'Aviation was founded to encourage the development of heavier-than-air flight.

In addition to one of the few known copies of the original Aerial Steam Carriage patent with its original colour plates, the National Aerospace Library holds a number of manuscript letters and numerous contemporary newspaper cuttings about the design and the original draft of the 1843 Agreement between Henson and Stringfellow. 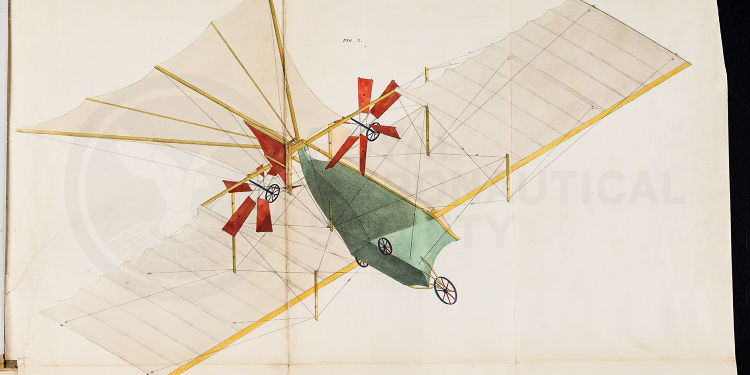 With the exception of Sir George Cayley, the first half of the 19th century witnessed little significant development in aeronautics until William Samuel… 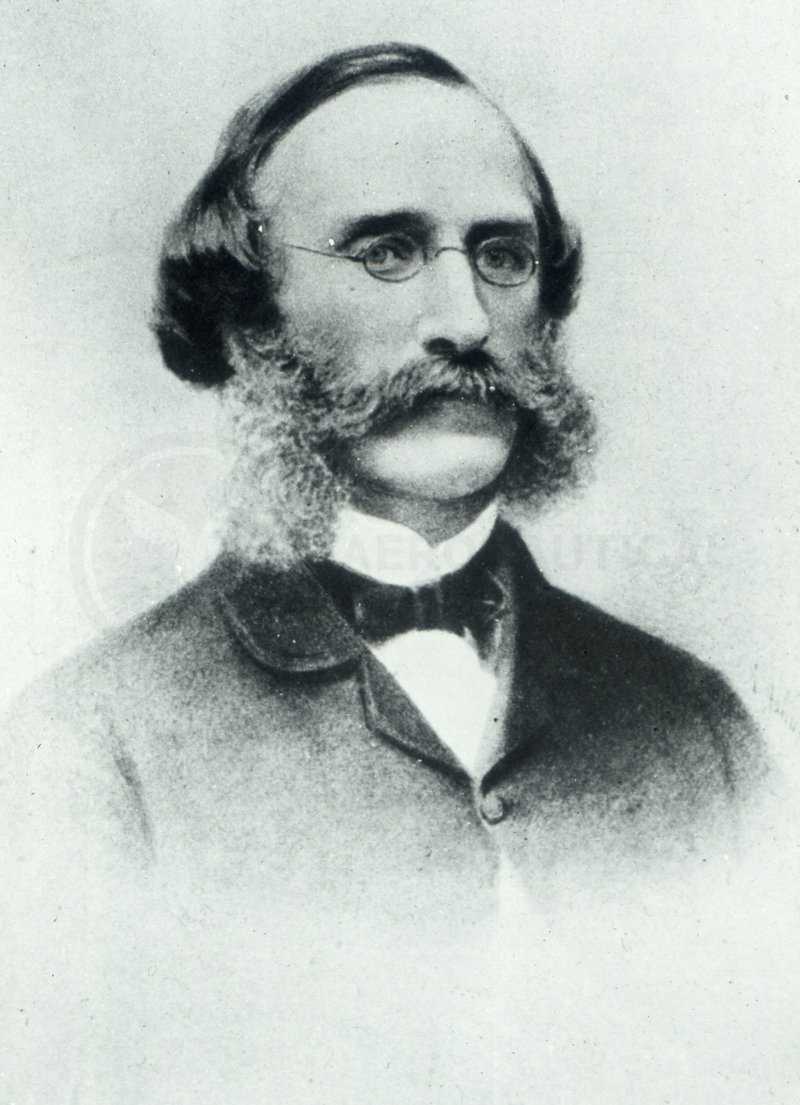